Sondre Lerche and the pastell ludos.

[...]remember during Brett Kavenough's tearfilled tirade of confirmation hearing when he cried about how overblown the rethoric against him was? [...] the example he used, he said "democratic opponents of my nomination say people will die if I am confirmed" and he offered this up as hyperbolic, but his democratic opponents were right! Make no mistake, people _will_ die because of this. People's lives will be ruined, innocent people will go to jail [...]

I've read the Alito draft now three times. I don't think most people understand this fully yet: This isn't just about the holding in Roe. Alito is laying the groundwork to provide a foundation by which the entire legal order of the past 100 years is eventually overturned. They're not looking to take us back to the 1950s, their destination appears to be the 1830s.

If you're female, gay, lesbian, black, brown, native, or poor, you should be very worried. And very prepared to fight.

gods *shouldn't* I be afraid? I should be terrified, honest. like even one of these guys would very probably beat me to death, let alone 250 of them, many of them in the police/army and thus with access to guns. I'm the kind of person who, if put face-to-face with 250 nazis, will stay for their whole rally screaming that they're all pathetic, daring their twitchers to stream me. I'm still baffled to watch how I am that person.

it's not that I don't care about consequences. actually I feel like it somehow works the other way; the more I care about the things I'd lose, the less I feel able to hoard my share through conformance. like back when I was closeted and depressed and kinda just surviving out of inertia, death and violence used to *terrify* me. but now that I love my life so dearly and all my loves in Germany and that I care so much about so many and want to stay along to help—now that I know what it is that we stand to lose, all of us, the happiness we could and should have—in some strange way it makes me compelled to risk it this way.

and I mean here I am 4am reviewing antifa research on which nazis came out this weekend, trying to memorise the faces of the brawly ones and which are likely to seek me out in my area etc. I'm obviously worried, and wary, and I stopped listening to music in the streets, and I started sitting in restaurants with a view for the entrance. the other day I got a call from the Europol and my blood froze in my veins (turns out it was just a harmless scam). it's not that all this doesn't weight on me. there's trauma in there, prob. it's just, I keep staring at this big nothing where fear used to be.

The Richard Spencer punch was the zeitgeist in three seconds, and that time people in Seattle called on antifa anarchists on twitter to punch a nazi who was harassing people on a train, and an antifa anarchist tracked him down on tweets alone and the nazi (complete with swastika armband) tried to placate them and was promptly punched with a "we've nothing to talk about", come on, this is like, popular acclaim, action movie stuff. but on the topic of nazis punched on video, the one that stays with me is still "Berkeley Teacher Caught On Video Throwing Punches At Neo-Nazi Supporter", from 2016.

cos she's just so, she's so small. he has her size and half again, and he has a stick, that he's setting out to beat her with. the stick was a white supremacist flag; other students have already gone physical on him, hit him with blunt objects, destroyed his hateful rag, but he's standing against everyone, proud like the last warrior of the aryans. the teacher was coming with a sign, something verbose, so much text we can't read, but something in her just breaks and she starts punching his gut. it looks like she never punched anyone in her life. she has to adjust her glasses. the punches do nothing, nothing physical at least, but you can see the fight draining from his eyes. another student pushes the nazi's shoulder and he falls, several others gang up on him, and only then does the police intervene, to protect the nazi as usual.

I have some intuition that this is what stops fascism. it's all nice and good for the buff MMA supersoldiers with firearms training to go fight nazis. but ultimately, that tiny ethnic minority teacher looking at a symbol designed to make her terrified, and she just decides, no. no, she won't be polite, she won't be teacherly, she won't be intimidated even if she knows she can't make herself safe at that moment, she would rather be beaten than validate what the symbol is trying to do. is how I imagine it felt for her. hypothetically.

punches that do nothing make me think of my first bully. I must have been about 7 or 8, the boy had his big bro egging him on. the boy didn't know how to punch either, the pain of his punches was nothing, gone almost instantly. (mine were even weaker.) but it hurt me so much, the senselessness of it. finding out people hate you for no reason, for who you are. that was the hurt.

like a lot of trans people I feel like my life was taken for me, that I didn't really live til at 34. and I've spent forever trying to understand: why didn't I realise it before?? but when I remember what life in Brazil was like. it wasn't the violence per se. I can count on one hand… ok, on 2 hands how many times I've been beaten. but most days, most contexts—you're safe. only, the *possibility* of violence is ever-present, and it does a number on your head. you start cordoning off whole areas of yourself as too dangerous to even think about.

the nazis, what they do is to weaponise that feeling. that's what the rallies and the train raid and the stickers and everything is all about. I think I'm not afraid because if I was afraid I would be dead again. I only have two modes, either I am dead to myself, or I will be out, out, out. it's _irrelevant_ if I'm powerless, if there are nazis I have to go shout at them, because they cannot pass.

If you've been following me for a while you know I've been sounding the alarm about the rise of American fascism for years. It is important to underline that Roe v Wade isn't just about pregnant people's right to choose. It is the spearpoint of a larger RW⚪️⬆️ project to attack literally everything that does not support their hegemony.
~
Here's the thing, they have been chipping away at it year after year, aided and abetted by those of you who told leftists, Communists, Indigenous folks, LGBTQ people, Black communities, etc that we were exaggerating and just to "vote harder." I need you to understand that this moment is not a moment in isolation. I need you to understand that in order to heal we have to acknowledge when we have been in error & not just gloss over it.
~
But whatever you were doing before this point, it's time to get on board. If there's someone in your life who has been the strident one that you ignored, hit them up to say "I'm sorry, what do we do now?" They'll be grateful, & they'll at least know where to start💖✊🏾
.
.
#roevwade #solidarity #SCOTUS #revolution #generalstrike 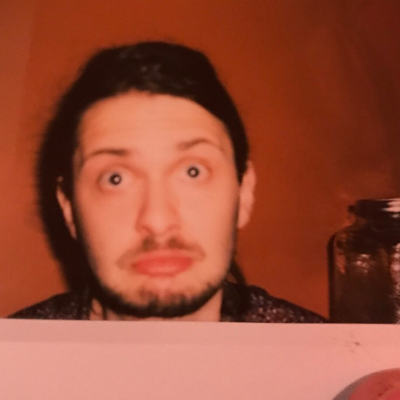 WOW. Yeah I've been on mastadon for like only five days now but I'm already flabbergasted at the world that should have been... https://www.w3.org/TR/activitypub/#Overview

Like literally how did we all agree to just NOT have interoperable social networks??? Looking at the activity pub docs makes it clear how ridiculously easy that would have been. You want my content? Just GET my outbox. Want to send me something? Just POST to my inbox. The server can be anything you want, just format your messages in this (VERY INTUITIVE!) way. It's so simple it's STUPID.

I'm very new to all of this, so I'll admit that there's a lot I don't know, but what is painfully obvious right now is how, yet again, the tendrils of Capitalism have fundamentally altered the STRUCTURE of the Internet to make it less open, less empowering and generally WORSE for most users. However, what's also becoming clear is that it does not have to be that way, and being here is in some small way, bringing about that better possible future. 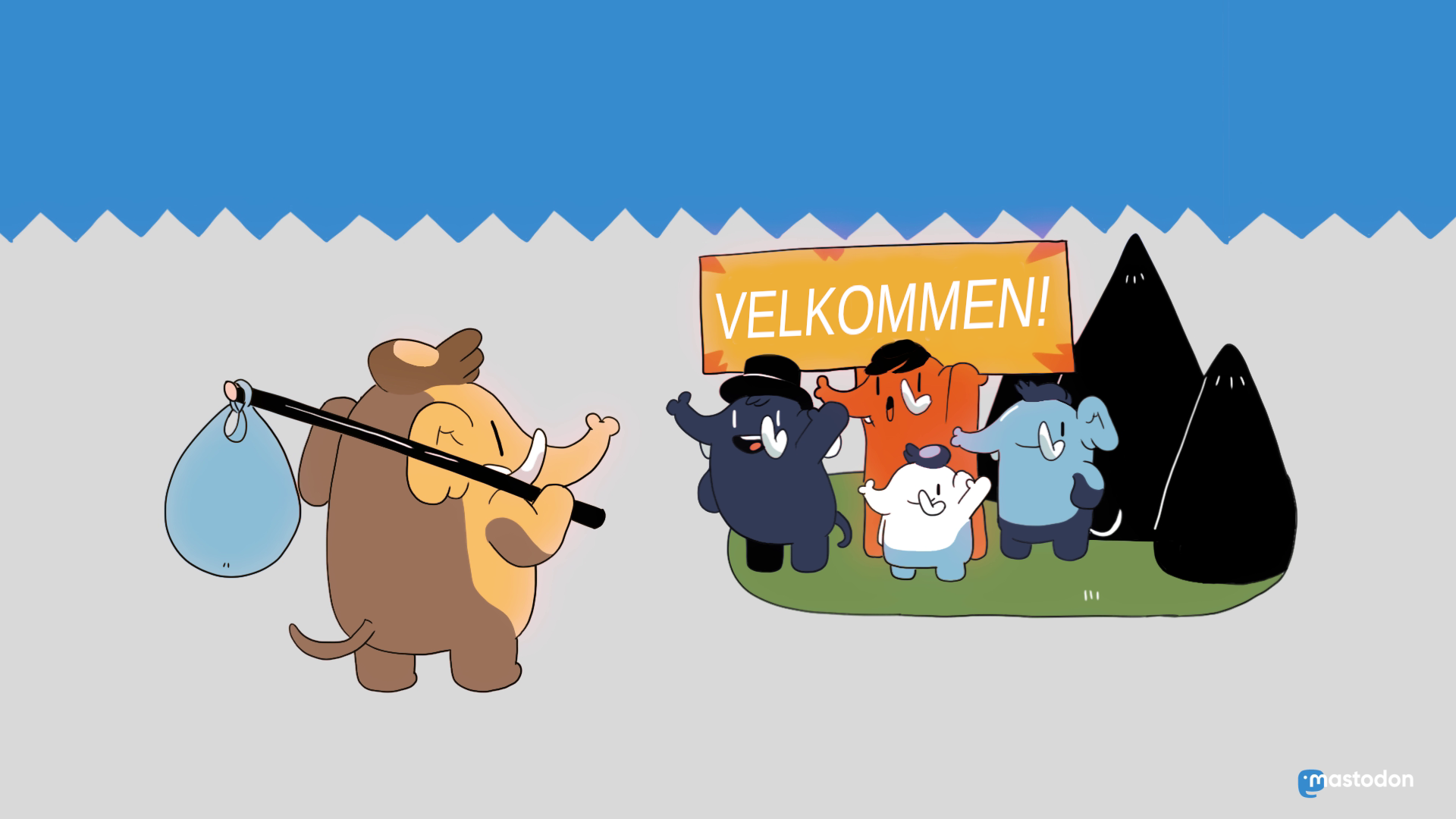